For a contest at the CABG titled ‘The Empire Strikes Back’ we were challenged to build a scene on Hoth that was to include at least 1 Rebel, and 1 Snowtrooper. I did more than that, but  decided to take a humorous approach with the battle. The scene depicts some Rebels on a scouting patrol through the trenches when they come across (snow) Vader, and think that they have him surrendered and cornered for capture. They’re got a little surprise waiting. In the wise words of Admiral Ackbar “IT’S A TRAP!”

The complete set of pictures can be seen on my flickr page here. 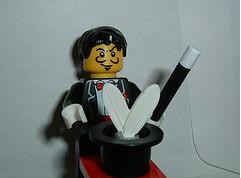 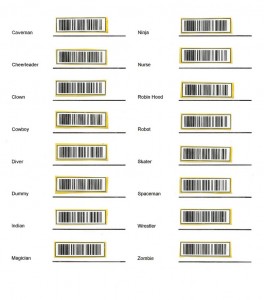 The soft-spoken  Alex Eylar is building loud and clear with this classic 1980’s ad from Maxell …in LEGO. I’ve had this gem tucked away amongst my favorites for such a long time and I finally decided to do something about it.  Janey Redbrick added this master piece called ‘Sticks and Stones‘ to an already impressive photostream. This may push the limits of bloggable LEGO creations for this group, but this was built and presented so incredibly well that it couldn’t be passed up any longer.

Our own Kevin Murney just posted this wonderful little Star Wars diorama for the 54th Eclipse Corps inner corps build-off at the CABG (whatever that is …I’m not a SW guy).    There is some great action and attention to detail here but Kevin has really pulled through with some amazing parts usage, the wheat alone makes this noteworthy.  …great technique Kevin! Over the past week or so, Mdrn~Mrvls has been posting a series of farm equipment in his photostream. The coup-de-gras is his most recent addition of this iconic red barn.  You guys know that I am a sucker for detail, and he didn’t miss a thing, down to the weather vane and a spot-on windmill.