Yeah, Whopper Junior does it again.

Brian Kescenovitz sets the standard for mechs with his ‘Dawn Forge’ series, but being the artist he is, he easily goes over the top even when he leaves his work unfinished.  He seamlessly blends varied lines, combining elements in some pretty original ways to produce this masterful figure.  …which appears to fully articulated. It’s been four weeks since the last update of the PaB Wall in Chandler.  Does anyone want to pick up that torch?  Any of you store employees who actually stock it?  BrickBuildr is an exceptionally useful tool and it seems a shame to not use it.

Comicon is behind us now and CactusBrick survived it’s  first group event!  I won’t say we came out shining, but I would definitely count our program as a success.    We had a lot of public interest and I even think that we may have recruited some new members during the show. 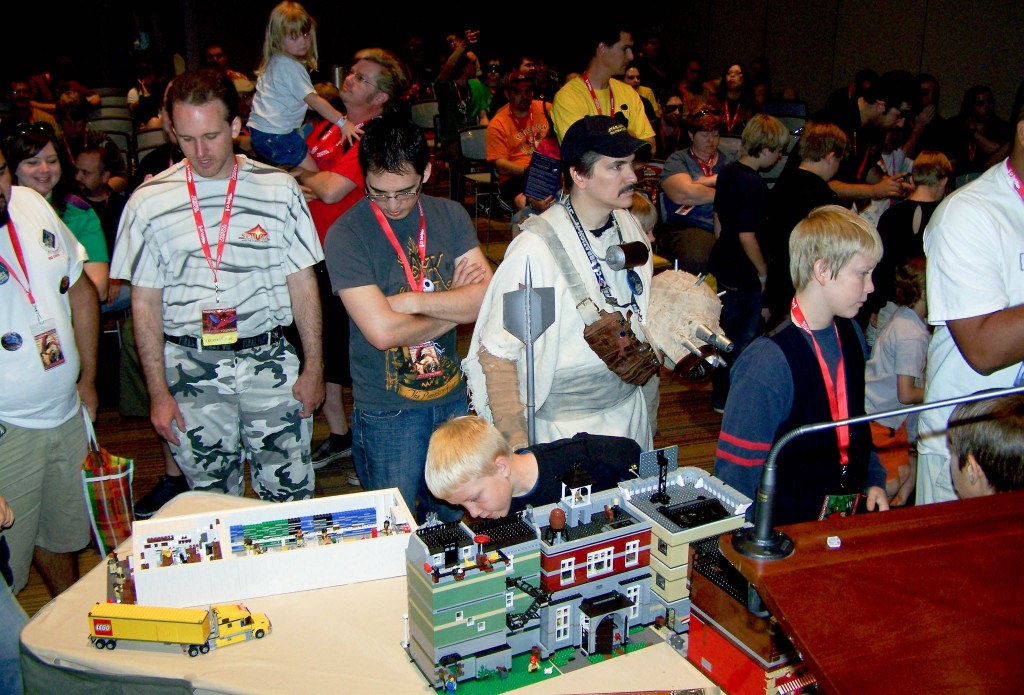 After asking people at the program, it seems that a good, conservative attendance estimate is in the ballpark of 400.  Not too shabby for an hour’s worth of our time!    I hope next year to get (at least) a second block of time so that we can do a little more, possibly even construct a more complicated model.  The tower was cool, but maybe we can consider something bigger or better!

We showed off some incredible models and tons of official sets loaned by the Chandler LEGO Store.  On that note, I think that a special thank you to Kevin, James and McKenzie for all of their help, the loaned sets and the give-aways!  It wouldn’t have been nearly as cool without you guys.  Another special thanks needs to go out to the Building Bonanza crew.  I know that includes me, and most of us are in the LUG and would have been there anyway, but I am talking about the generous use of their bulk brick for the tower build.  We also had some of the vendors at the show donate some give-away prizes for our program. Steve Witt even stepped up and provided two boxes of LEGO catalogs for us to hand out during the even.   And, of course,  a thanks to everyone who showed up, brought models and helped out with the program.